My latest novel is ready for publishing, (I hope) and I would like feedback.

Once upon a time there was a lonely school teacher.  A sad soul, with no real life close friends.  All her family had long since moved away. She stumbled onto an Internet world called an Another Place.  It was a world filled by people with flaws in real life.  Yet in the fantasy world everything was perfect.  Everyone was beautiful.

Angela Johnson, at fifty-three was far too old to embark on a life of playing fantasy games she told herself.  Somehow the world of Another Place did not act like a game.  Meeting a kindred spirit in Audrey Holden online, a world of possibilities opened up to her.  No longer dreading going home alone, she longed for the reality she found on her computer screen.  Two lost souls bumping along a pathway of imagination that could take them anywhere they wanted to go.

How far into the world of make believe would she allow herself to be sucked?      Would the real life man who called his avatar, Spenser Vanderbilt be as flawed as she was?  On the screen she lived a life she had never dreamed possible.  Dinner, dancing, partying into the wee hours of the night.  And the sex, wow.  Real life had never been like that.

She was rapidly spiraling into the fantasy world.  How deep would she go? Delving deeper into the strange world of make believe, she began to question what was real and what wasn’t.  At times the events on the screen had their own reality that carried over into her physical form.  Could she keep them separate?  Did she want to?

Any review on Goodreads or Amazon would be grateful after publishing.

This book contains sexual encounters of a graphic and explicit nature. Content is intended for persons over age eighteen.  All characters are fictional and are the inventions of the writer’s imagination. Characters engaging in sexual activity are considered to be over the age of eighteen in all cases. 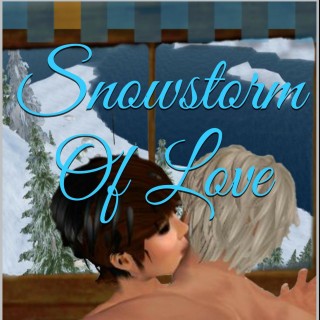 Hopefully if you are reading this you know I write short stories and novels that I post on Amazon.Com. As for me, the writer, I am as old as dirt and twice as ugly.

(re)Living History, with occasional attempts at humor and the rare pot-luck subject. Sorry, it's BYOB. All I have is Hamm's.

A Platform of Sorts
lvadams

The Ramblins and Musings of a caffiene-addicted Creative Mind.

Get Freaky With Me, La Drama Princess

Simply Dirty Reads and Personal Thoughts from an Erotica Author

This WordPress.com site is the cat’s pajamas

The Unorthodox Guide to Self-Publishing

The Unorthodox Guide to Self-Publishing

Where everyday writers come to showcase their talents

A site for books, Pagan and other open minded spirituality, general creativity and cantankerousness, not necessarily in that order.

words are all i have
ellisnelson

Thought Catalog is a digital youth culture magazine dedicated to your stories and ideas.

a virtual scrapbook of an artist's mind

Thoughts, Ponderings and the Subsequent Rantings...

Create your own magic

Words and Pictures from the Middle East & Balkans

A bucket list blog: exploring happiness, growth, and the world.

Hilarious comic-tary on news, views, and attitudes. Publication days are bendy. We're creative and love the sound of deadlines as they...are those pretzels?

Read our Mission. Find out how you can help us adopt James.

Read on and I will show you another world within this one....

this is... The Neighborhood

the Story within the Story

Writing By The Seat Of My Pants

Ideas & tips from a young writer.

Discovering the World of Book Publishing

Publishing Quality Books to the Public!

Let's get together and talk about the modern age.

My personal blog about all the chaos in my head.

"The secret of getting ahead is getting started." - Mark Twain

Have Faith in Hot Romance

writing fantasy both dark and sweet

Fostering a community of creative writers through articles, comments, writing prompts and a healthy, supportive environment.

A Pen Full of Vinegar

Who is my ideal reader? Well, ideal means non-existent. I have no notion of whom I’m writing for. Guy Davenport

Does writing make you a little crazy? Join the club.